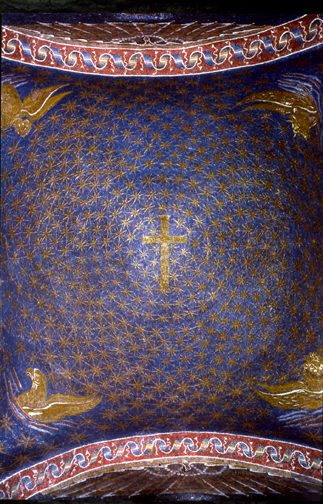 Professor Brenda Schildgen As a medievalist in Comparative Literature with training in biblical studies and theology, I am author of numerous essays on Dante and the NEH-supported Dante and the Orient (now translated into Arabic and Italian). I have experience teaching the Comedy to all levels of undergraduate and graduate students in Comparative Literature, who may or may not have had Italian language training, and to general humanities students at various types of institutions, including a community college, a four-year college, and a research university. I also have taught American students in Florence as part of my summer class "Florence and the Birth of Modern Europe" with the UC Education Abroad Program. As a medievalist reading the Comedy, I situate the poem in its larger pan-European context, and even in its reception history beyond Italy and the Middle Ages. I have intimate knowledge of the city of Florence, having spent at least two months there every year for the last ten years.  (Prof. Schildgen Resume).

Professor Peter Hawkins will be in residence for two and a half weeks when he will co-lead the Institute with me. During this time, we will focus on Inferno and Purgatory. As a professor of Religion and Literature at Yale University's Institute of Sacred Music, Worship, and the Arts, Professor Hawkins’ approach to the Comedy is to feature the respective roles of religion (and more particularly the Bible itself), music, liturgy, the arts, and ethics. He has taught the Comedy to specialists and non-specialists on the undergraduate and graduate levels. He is the author or editor of numerous books and articles on the Christian tradition and literature, on the Bible, and on Dante. In his book, Dante’s Testaments: Essays in Scriptural Imagination, he explores Dante’s use and relationship to the Bible and the Roman pagan poets in the Comedy.His Dante, a Brief History(Blackwell) provides an excellent introduction to Dante's life and works. (Prof. Hawkins Resume)

Professor William Franke, presently teaching at the University of Macao, is professor of Comparative Literature and Italian at Vanderbilt University. He has published numerous books on Dante including the following most recently Dante and the Sense of Transgression: ‘The Trespass of the Sign’ and Poetry and Apocalypse: Theological Disclosures of Poetic Language. (Prof. Franke Resume)

Professor Chiara Frugoni, whose focus is medieval art and history, is emeritus professor of Medieval History, University of Rome. She is an expert on St. Francis and the art produced by his history. Among her books are Francesco e l’invenzione delle stimmate, which won the Viareggio Prize for Non-fiction in 1994, Vita di un uomo: Francesco d’Assisi; La Voce delle immagini: Pillole delle immagini, and A Day in A Medieval City. (Prof. Frugoni Resume)

Professor Giuseppe Mazzotta, guest lecturer on several occasions, is known for having shaped the debate on Dante’s far-ranging intellect in which poetry becomes theology and theology poetry. Professor Mazzotta is a noted international Dante scholar, and author of several books. Among these are Dante, Poet of the Desert and Dante’s Vision and the Circle of Knowledge, as well as over a hundred articles, mostly dedicated to Dante and other Italian literary subjects. He has taught Dante successfully to students from the freshman year to the PhD, and to general humanities students as well as to PhD candidates in Italian. Professor Mazzotta's course, Dante in Translation, is available to the broader public on Open Yale Courses. In addition, he has led NEH Institutes in which the NEH summer scholars have gone on to teach Dante (as well as Petrarch and Boccaccio) to undergraduates or to publish articles and books on the poet. (Prof. Mazzotta Resume)

All faculty and summer institute scholars will follow the NEH principles of civility:

The Endowment’s Seminars, Institutes, and Workshops are intended to extend and deepen knowledge and understanding of the humanities by focusing on significant topics, texts, and issues; contribute to the intellectual vitality and professional development of participants; and foster a community of inquiry that provides models of excellence in scholarship and teaching.

NEH expects that project directors will take responsibility for encouraging an ethos of openness and respect, upholding the basic norms of civil discourse. Seminar, Institute, and Workshop presentations and discussions should be:

4. free of ad hominem commentary; and

NEH welcomes comments, concerns, or suggestions on these principles at info@neh.gov. The NEH principles of civility can be found at http://www.neh.gov/grants/principles-civility